You enter the region of Pogradeci  the national highway where the road from Macedonia crosses Qafa e Thanës. This crossroad offers picturesque views of Lake Ohrid, a true pearl nestled between Mali I Thatë (Dry Mountain) in the east and the Mokra highland in the west. A little way down, you might stop at the Lini peninsula and in the village of the same name just 25 km outside of Pogradec.

It is said that in ancient times, this was the favourite holiday destination of the Roman Emperor Justinian’s parents. In addition to the enchanting views are the mosaics of the Bazilika e Linit, dating back to the 7th-6th centuries B.C. This ancient artwork exhibits an amazing ensemble of zoomorphic, floral, and geometric decorations resembling those of ancient Durrësi. The road to Pogradeci passes along the shore of the tectonic Lake Ohrid, the deepest lake in the Balkans at 285 m. This 2-4 million-years-old lake is under UNESCO protection due to its unique value and houses 17 species of aquatic animal, 70% of which are native and 30% migrant.

The sponge of Ohrid is found only here and in Lake Baikal. By the lakeside, you will find an array of restaurants, clubs, and comfortable hotels. You must not miss a taste. of the traditional fish dishes, especially the baked speckled trout (Koran in Albanian), as well as the famous pickles and kollofacet. You might also sample the various wines on offer, but don’t miss the traditional unique wine of Buti, or the famous Perla and Moskat raki of Pogradec. The city of Pogradec was settled in the Neolithic period, and it later became home to the Illyrian Enkelejdë and Desaretë clans, who built the Castle of Pogradeci on a hill at 870 m above sea level. 61. The city, with its mild climate, lends itself to year-round visits.

Before leaving Pogradeci don’t miss Driloni and Tushemishti, just 4-5 km south of the city. The Drilon source waters form a small lake, surrounded by beautiful greenery that makes the area and the nearby village of Tushemishti a unique oasis of beauty and tranquillity. The region of Pogradeci is rich in striking and distinctive natural and historical monuments. You might visit the natural monument, “Stone of Kamje,” which is located in the commune of Dardhas to the way from Pogradeci to Korça, near the village of Osnat). It is 70 m high and suddenly rises out of the surrounding terrain like a “ship sailing in a sea of green.” The archaeological site and Monumental Graves of Selca lie 30 km away from Pogradec. The monuments here date back to the 4th century B.C. and the five rocky monumental graves are found in very few places elsewhere in the Balkans.

The most visited tourist spots around the lake are Lin, Pojskë, Hudenisht and Tushemisht. Worth visiting are the Driloni water sources, located 5 km from Pogradec. Don’t forget about the wonderful restaurants in the area, constructed from wood and offering some of the most delicious dishes of the region; don’t miss the Koran’s dish (Tavë Korani). Besides nature, Pogradec and its surroundings provide a big number of historical sites such as the Basilica of Lin, with the multicoloured mosaic, and the monumental tombs of the Lower Selca.

The tectonic lake is four million years old and is the deepest of its kind in the Balkan Peninsula reaching a maximum depth of approximately 300 meters. The lake environment is a natural habitat for a variety of old flora and fauna. It houses the rare fish “Koran,” a kind of trout, impossible to find in almost any other lake in the world. Lake Ohrid is part of the Natural and Cultural Heritage List of UNESCO. 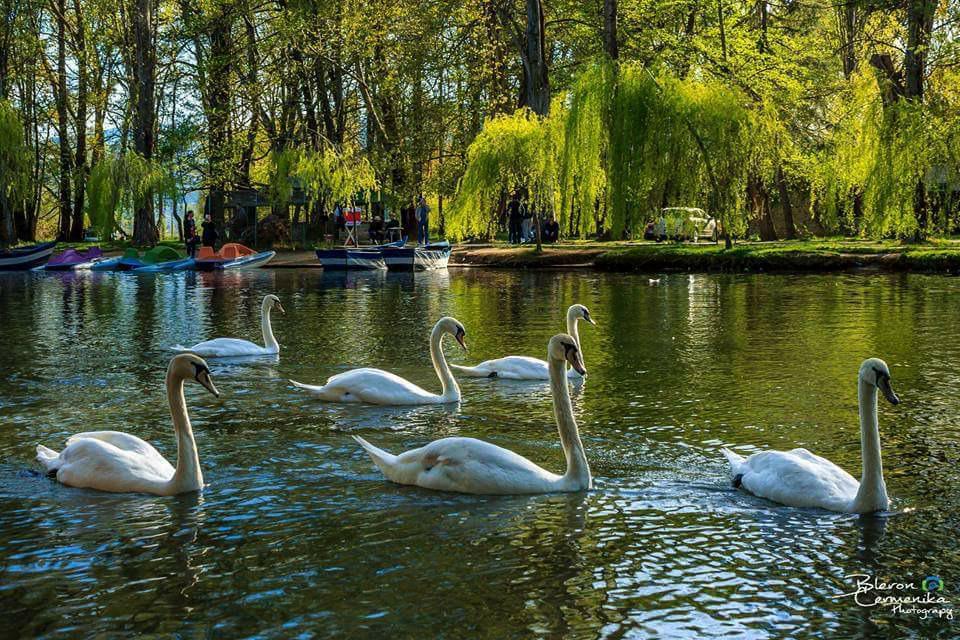 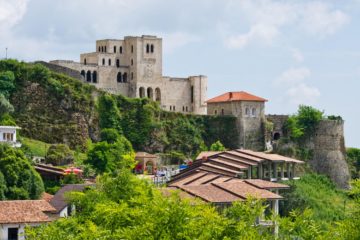 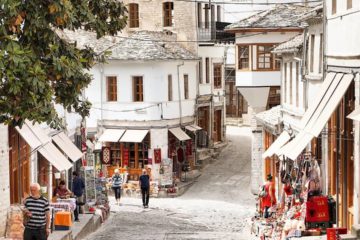 The origin of the city starts with 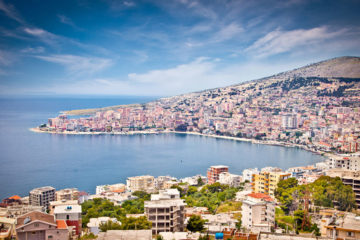 Saranda or Sarandë is a town and municipality in Vlorë County,
€0
One tour per person